The bare facts: As I will explain, we got an early start - on the road by 6:24, in time to see Mars and Jupiter in the dark sky, then watch the lightening and the sun come up over our shoulders. The cuckoo was calling - was that a comment on the night we had, or a blessing for the day? In the next field were 4 horses, nickering at us. It was a wonderful start to the day. But the 3 hour approach into Burgos is tough. Past the airport fence, and along an ugly highway, past the industrial area, and then a struggle to find the Cathedral and the municipal albergue, which is great - clean, new, bright, and though I have an upper bunk, it is not too high. But the high point of Burgos is the cathedral.

I´ll be heading out shortly to see it.

Meanwhile, those snorers. They are always present in a room, unless there are only 2 of you and you both don´t snore. Last night there were many. One guy had barricaded his bed with extra mattresses. Why? I think to muffle the sound of the freight train emmanating from his mouth. Then there was the call and response from the couple down the line. There were also the barkers, the grunters, the coughers, the chokers, the throat clearers and the slow steady chuggers. Then those that talk in their sleep. I sleep though most of it, but had had enough at 5;45, so we headed out. Lets hope they are sleeping elsewhere tonight. I  can do without the cacaphony! 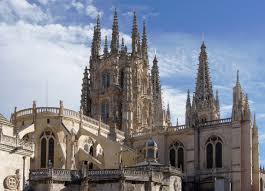 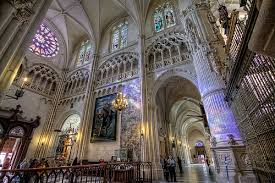